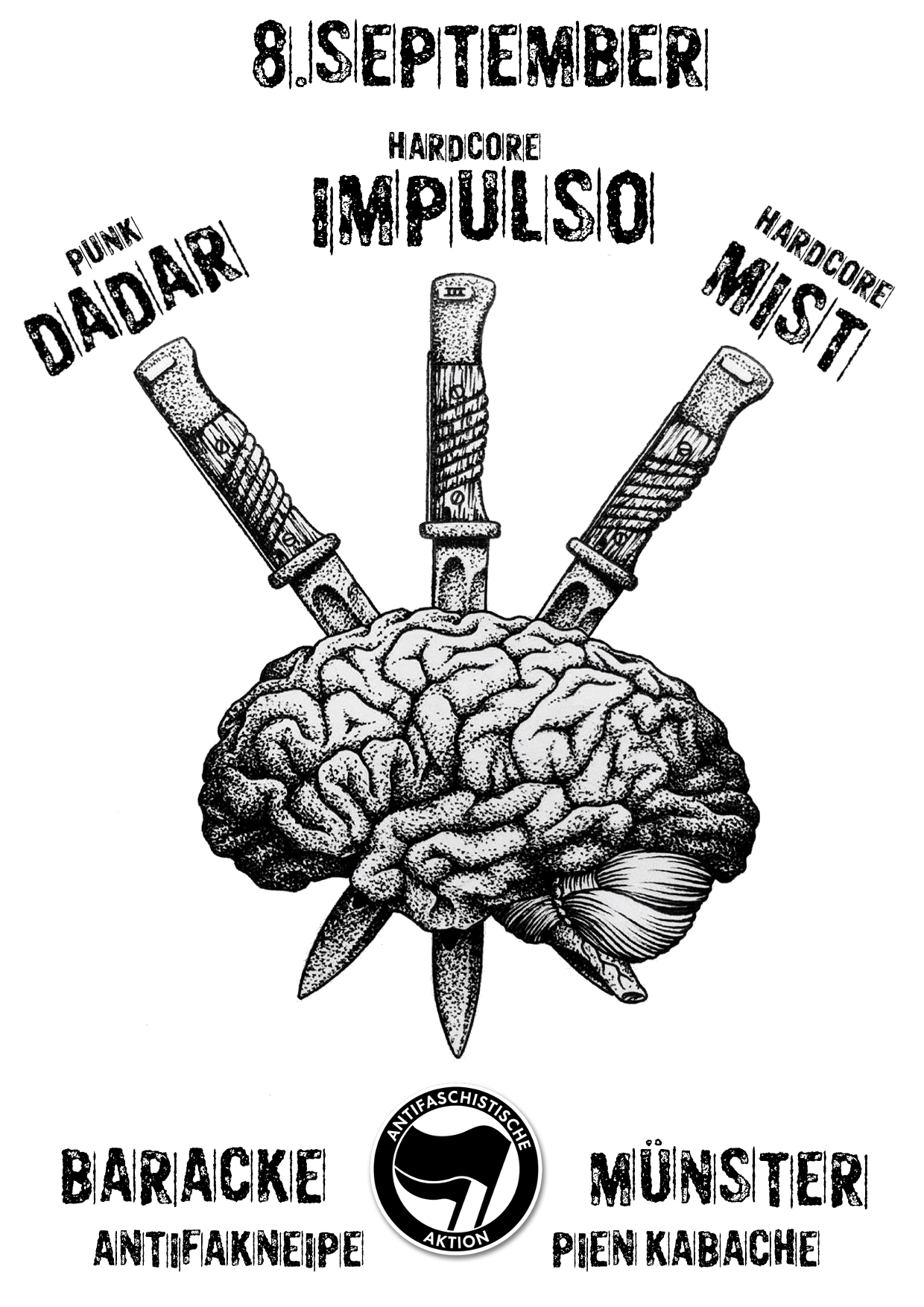 Melancholic, grim and also very happy- the Wundertüte of shows:

—Bleakness—
Punk-Trio from Nantes.
Not a blackmetal band. Srsly.

Crush (Graz)
Crush is a Dream Pop/Indie-Rock Band. Founded in 2016, Crush released their first EP „Damaged Goods“ in May and has already been on tour in Austria, Germany and Switzerland. The bands’ sound is influenced by 90s Indie-Rock, as well as by darker musical aesthetics in the likes of the 80’s New Wave, Goth and Post Punk movement combined with bittersweet Pop melodies of the 60s. Expect some fuzzy guitar tones, dreamy synth sound and vocals drowned in reverb.
Right now the Band is putting final touches on their debut LP, which will be recorded in 2017 and is due to be released the same year.

Remedy (Graz)
Europe the same and the one after, Remedy is about to finish works on their second full length called „Cool“. Heavily influenced by energetic 80s Post Punk and the roaring sounds of the 90s Noise- and Grunge movement, Remedy found themselves in the studio together with Wolfgang Möstl(Mile Me Deaf, Sex Jams) in the summer of 2016 to capture their very own idea of the almost too frequently used expression Indie-rock.